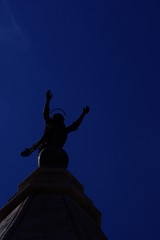 The European Court of Human Rights has ordered the Finnish government to pay out €34,000 because it failed to protect a citizen's personal data. One data protection expert said that the case creates a vital link between data security and human rights.

The Court made its ruling based on Article 8 of the European Convention on Human Rights, which guarantees every citizen the right to a private life. It said that it was uncontested that the confidentiality of medical records is a vital component of a private life.

The Court ruled that public bodies and governments will fall foul of that Convention if they fail to keep data private that should be kept private.

The woman in the case did not have to show a wilful publishing or release of data, it said. A failure to keep it secure was enough to breach the Convention.

I wonder how is this going to change the economics of government data protection. I hope that this ruling can achieve what a horde of legislation, government-initiatives-in-good-faith and other (more "commercially-oriented") government initiatives failed to achieve.

And if my hopes will not be fulfilled, at least I know to whom should I appeal in case my privacy will be invaded. I'm glad that I live in Europe.