Identity in the Mainstream 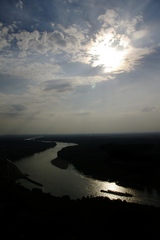 Lot of ill-advised identity technologies are roaming around. Technologies that does not really solve anything and are just technology toys. Or technologies that solve just a routing of revenue stream, not the real problems of users. I wonder if evolution can handle that and how fast will these technological abominations die. There is couple of corpses already. And more will (hopefully) follow. I hope that evolution can eventually balance this.

Lots of self-established identity experts are appearing. People that think that identity is all about technology. Thinking that reading few identity stories in popular press is enough to become an expert. Believing that if they would follow the hype they will surely get the best of that identity thing, whatever that may be. They obviously does not have a bit of viable experience in the area. People that re-invent the invented just because few hours in the library can be saved by few months in the laboratory. People that implement useless work-around mechanisms instead of focusing on the core of the problem. People that deploy technology just because it comes in the box that has the right colors on it. I wonder if evolution can handle this as well. But I'm afraid it cannot. These guys are usually well disguised as serious engineers. We know all too well that camouflage is usually a good survival strategy.

Business as usual. Identity definitely is mainstream now. All the obvious symptoms are there.