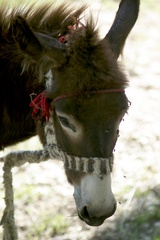 Why, oh why I allways end up as a leader? I do not want it! But I somehow cannot espace it. Darn!

The story goes like this: Long time ago I've got my first real job after finishing university. It started great. I was an engineer, dug my nose in technology. Then my boss left the company and I was doomed. Few months later I was team leader, and before I've realized whats going on I was doing manager's job. I didn't liked it, but I've seen there is noone who could do that job. Few years later I've started to really hate it. I've had a long talk with company manager. He said: "You cannot go back. Never." and we had some kind of argument over that. I've shown him that I can go back and I've proven that by leaving the company.

Katka talked me to start new company together. It took her quite a lot of time and effort, but finally I've agreed. My only condition was that I will not be a leader. No management work. And it looked like that for quite some time. I was happy digging my nose in technology nonsense ...

And then The Project fell from heaven. I was suspicious and I've made it clear from the beginning that I will not do any management work. And it started fine, I've architected and designed and prototyped ... but then I've realized that I'm leading the design. Few months later I was leading the implementation and yet later I was leading integration as well. Bang! I fell into the same trap again! How stupid I was! Again!

Now I'm trying to find my way out of it. And the period that I've promissed to "serve" is almost at the end. And I hope I will not fall into the same trap again ...