The Thief is Yelling: 'Catch the Thief' 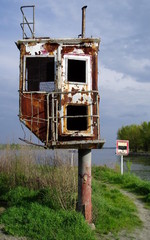 Not that long ago W3C TAG recommended to vote againts XRI Syntax and XRI Resolution specifications to become OASIS standards. The reason given by the W3C TAG was ridiculous:

We are not satisfied that XRIs provide functionality not readily available from http: URIs. Accordingly the TAG recommends against taking the XRI specifications forward, or supporting the use of XRIs as identifiers in other specifications.

Anyone with some common sense and the knowledge of both Web Architecture and XRI specs can clearly see that XRI specifications are as immature as Web Architecture is broken. Childish flamewars like this will not bring any good for any of them. Paul Madsen summarized that in his usual brilliant style.

While the follow-up explanation from W3C member Dave Orchard raises few good points, some thoughts are quite extreme:

Protocol independence appears to be a bug on the web, not a feature.

Statements like this one must alert any experienced software architect. Has the world (wide web) really went nuts?