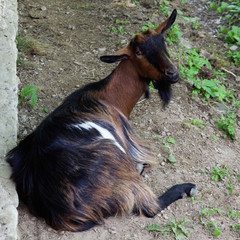 SOAP is one of the prominent protocols for remote procedure invocation (RPC). It can do more than that, but it is used almost exclusively for RPC. More specifically it is used for RPC across the Web, both internally and externally. It is used on the Web so frequently that most people working with SOAP do not even realize that it can be used without HTTP and in non-RPC way.

SOAP by itself is quite simple XML-based message format. However it is accompanied by army of profiles, recommendations and especially a set of so called WS-* specifications. That creates a "SOAP stack" that is quite complex. This labyrinth of specifications is an attempt to solve the qualities of SOAP such as security, reliability, addressing, distribution of policies, etc. It makes SOAP quite a flexible mechanism. But ...

Flexibility does not come for free. Until very recently the price was paid by suffering all kinds of interoperability problems. It was so severe that a special organization was established to improve interoperability. Now basic SOAP implementations work together acceptably well, but the situation is not that good for various WS-* extensions. It will take a lot of effort to make implementations fully interoperable. But that is not a problem of SOAP itself. It is an inherent cost of complexity and distribution.

SOAP is not the first "fabric" of distributed systems. There was CORBA before SOAP and Sun-RPC before CORBA to name just a few of many existing mechanisms. However, the designers of SOAP failed to learn from the past. The intent of SOAP was to simplify things. But SOAP stack is now almost the same complexity as CORBA was ten years ago. SOAP is XML-based and with HTTP it can pass easily through firewalls (that are broken anyway). But that's almost the only advantage over CORBA. And now about the drawbacks ...

The most serious failure of SOAP design is the lack of support for object orientation. SOAP is not about invoking methods on objects, it is about invoking operations of static services. Objects cannot be arguments in SOAP messages, cannot be returned from operations and there is no support for object references. All of that was a fundamental part of CORBA, yet there is no concept of objects in SOAP. In fact it is an odd joke to call it Simple Object Access Protocol - as it is definitely not about objects and either not simple or not a protocol (depends on your point of view).

SOAP is also not outright compatible with World Wide Web architecture. Web is based on REST style that defines few basic operations that should be common for all services. SOAP services can use arbitrary operations without any link to the operations of REST. REST architecture also naturally assumes object orientation - web resources are (almost) objects. SOAP does not deal with objects at all. Therefore applicability of SOAP on Internet scale is quite a controversial topic.

SOAP is good in the enterprise and in quite closed environments where interoperability can be assured by testing. SOAP with WSDL has quite a strong interface definition mechanism. It is a rare trait for a technology born on the Internet and it is a necessary condition for composing complex systems. SOAP is also almost the only option for integration, as CORBA is dead and asynchronous mechanisms are seen as too complex and unnecessary by buzzword-driven integrators. If we will be lucky enough, SOAP may eventually get to the state where CORBA was a decade ago ... I can almost hear the melody ... just little bits of history repeating.