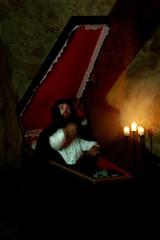 During last few days Facebook went down and up and down and up again. It was not nice, but it was also not unexpected.

It was not nice because I suddenly haven't had a place where I could post my usual sarcastic remark (Twitter and all the rest just don't matter any more). That was painful.

It was not unexpected because Facebook is still just a technology (even though it sometimes looks like magic). Technology fails.

Centralization means that one party has a control all over the place. They can see everything, change anything, even rewrite history (that actually almost happened with terms of service and privacy settings). Think nineteen eighty-four.

Centralization means single point of failure. Good engineers know that this should be avoided, especially in Internet scale systems.

Centralization has an economic impact as well. Who will pay for all these boxes (and electricity, cooling, space, staff, ...) that are needed to handle a communication of more than a billion people?

The future of Facebook in its current form is more than questionable. Yet very few people can see it. I would not recommend to buy Facebook shares.

*) If a communication that must be shared with a strange multi-national corporation can be considered private.