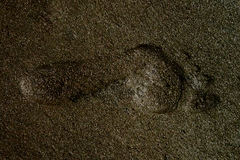 A giant leap have happened today, even that it may look like a small step from the outside. OpenIDM Snapshot 1.5 was released today. OpenIDM is an open-source provisioning system. The source code was fully available from the very beginning, but this is the first real release of the product, although it is only considered a snapshot, a preview release. I'm very proud to have a chance to participate on that.

OpenIDM does not do much if seen from the outside. It does very basic provisioning and few other minor things. The real goodness is under the hood. OpenIDM is based on component architecture. It is in fact just a bunch of components that can be combined in multiple ways. The components can be modified, inserted or replaced with custom solutions. OpenIDM is based on ESB/JBI principles, therefore the components may take a various forms, including Java, BPEL, XSLT and others. Yes, BPEL is a native part of OpenIDM from the very beginning rather than being some kind of afterthought. The inter-component interfaces are defined using WSDL, so the implementation language does not matter that much. And it is "contract-first" WSDL, manually written and carefully designed. It is not generated by some kind of tool that almost works. OpenIDM takes the architecture seriously. Take a look yourself.

OpenIDM has Identity Connector Framework as a workhorse. So even though OpenIDM is a new thing, there is already a decent set of connectors that can be used with it. The tooling is provided by Netbeans SOA plugins now. There's composite application editor, graphical BPEL editor and debugger. And much more than that - a complete environment that a serious developer would expect. And honestly - IDM projects are heavily customized, good development tools are really critical in IDM field.

I believe that OpenIDM is starting a new generation of IDM systems. That's definitely one of the project goals. We have made a first leap today. I would like to thank a lot everybody that was a part of it. And I'm already looking forward to the next steps. It will happen ... soon!

These are just my personal opinions as an engineer. It is not an official statement of ForgeRock, nLight or any other entity except myself.