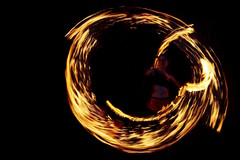 I'm still quite young and my "professional memory" does not even count two decades. But I just cannot help to see some recurring patterns. Quite a scary patterns.

I was a student when Sun RPC was the cool thing. It has all that a C programmer needed at that time to create a distributed system. But obviously it was too simple.

CORBA was taking the place of the "cool thing" as I was finishing university. It had all that a C++ programmer may wish for to create a distributed system. Interfaces, object-orientation, "interoperable" references, ... But it was obviously too complicated to use.

XML took over during the dot-com bubble. Or better to say it was XML-RPC as a mechanism for Internet-scale distributed systems. It has all that PHP programmer would want. It had the "feature" of seamlessly passing firewalls. It was the cool thing for the Internet. But obviously, it was too simple.

SOAP came shortly after that. The mechanism by which Java and .NET architectures promised to bridge enterprise and the Internet. Originally designed as simple thing to do something with objects. It ended up as a maze of WS-WhatEver specifications that are far from being simple and actually have nothing to do with objects. This is obviously too complex to use.

RESTful religion is the current trend with JSON as its holy prophet, worshiped by the scripting crowd. It is based on an idealistic and internally inconsistent principles of Web Architecture with a loud promise of simplicity. But obviously, this is too simple to be practical.

Now we see JSON schema, namespaces, security and actually all the things that we have already seen in SOAP/WS-* and CORBA. I expect we will see a formal RESTful interface defintions soon. Will this be too complex to use, again?

What we see are cycles. Each new generation of engineers is re-inventing what the previous generation has invented, making all the mistakes all over again. Can this eventually converge? How long are the customers going to tolerate this? And what we really know about distributed systems?

Sorry guys. I just refuse to participate in this insanity.