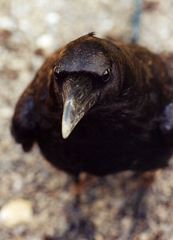 I was a very young student when I came across a book named Programátorské poklesky (Programmer's Misdemeanours) by Ivan Kopeček and Jan Kučera. The authors describe in a humorous way what are the results of programming errors. It was probably my very first book about programming that was not a programming language manual. It was a year after our country woke up from the communist era and programming books were difficult to come by. I think the book had influenced me more than I have anticipated or was willing to admit at the time.

One of the parts that I particularly remember was the software "psychology". Authors observed four temperaments of programs:

All of that came to my mind as I was discussing the error handling approach in mainstream programming languages (mostly Java). It usually boils down to handling exceptions.

The original approach in Java was to use checked exceptions. Programmer has to either catch them or declare them to be thrown. The authors of Java hoped that it will lead to a better error handling. But it looks like there is a glitch: error handling is very difficult to do right. It takes a lot of time and the error handling code may well be a significant part of the system. This leads to sanguine programs: they provide good information about errors, but they do little else. There is just not enough time and resources to do everything right.

Laziness is one of the three great virtues of the programmer. Therefore programmers soon stared to focus on the "meat" and simplified the exception handling. The easiest way at hand was to ignore all the exceptions. Catch all exceptions and handle them with empty code block. This obviously leads to a phlegmatic program. It will run no matter what happens. But the results may not be the best.

The current trend is to switch all the exceptions to the runtime exceptions. These do not enforce checking and handling. The usual outcome is that nobody checks or handles them. Any exception will bubble up through the call stack to the upper layers until is is caught by the framework. That may be an application server that will display a nicely formatted error message that essentially says "something somewhere went wrong" and terminate the request. The user has no idea what went wrong and where or how to recover from the problem. This is a melancholic program.

Luckily, some programmers display at least the exception type and message to the user. But what will the user do if presented with the message "ConsistencyException: Consistency constraint violated"? It is not really helpful. Most programmers also display or log a complete stack trace. But that won't help the user a bit. Even members of a core programming team have problems understanding that, user does not stand a chance. That gives us a choleric program.

Obviously, one size does not fit all. There is no single right way to do it. If a good error handling is required then a sanguine approach is needed. But there is a cost to pay: either reduced functionality or much more effort to do the "same" thing. Robust system asks for somehow phlegmatic approach while cheap code is best done melancholic. However, the usual approach is choleric code. Errors are reported, but nobody really understands them. You just can't always win.