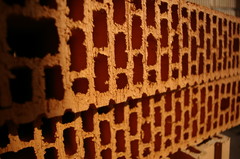 SCIM seems to be a new specification with ambition to succeed where SPML have failed. The effort of SCIM seems to more realistic and practical, yet it is still struggling with similar issues as SPML. As an architect of midPoint I'm looking at SCIM from the point of view of a potential implementer and also partially as a researcher. Here is a list of issues that immediately stuck me when I was reading the core schema specification of SCIM:

Overall I perceive SCIM as an effort in the very early state of development. It is also a typical example of premature standardization anti-pattern. That anti-pattern is seen way too often and gives us marvels of software engineering such as CORBA and the WS-* stack. I hope that the authors of SCIM will try to correct the obvious problems of the specification and focus on proving that it works before going any further. The only reasonable way to go is: working software first, standards second. If tried the other way the result will be yet another incarnation of SPML. You know what is the most delicious piece of SPML specification? The SPMLv2 schemas do not pass even a simple XSD validation. I hope SCIM will not reapeat such mistakes.